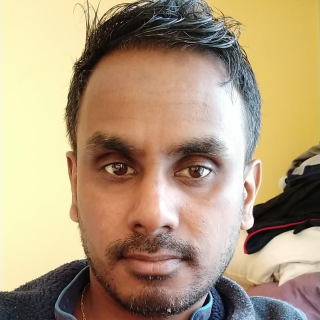 Hello, I'm actually Salesforce Architect within my company and I'm starting this blog to share some knowledge :)

APEX code runs inside a transaction that was started by an interaction which represents a context of execution. Each context has its own behaviors and is sensible more or less to governor limits.

An apex class is defined by an access level:

An apex method is also defined by an access level:

Every class must declare explicitly the sharing level. Class can be annotated by following keywords:

The way the sharing rules are applied depends on many conditions that are exclusives or cumulative:

The method1 of class A is called from the following context:

The following behaviors have been noticed during the test:

The sharing model will be applied depending on B if it’s omitted on A, otherwise it will depends on A:

A transaction is a set of operations that must follow ACID principles:

To comply with these principles, error handling should be put in place:

It’s also possible to lock records during processing to maintain a consistency in number generation sequence for example, but be aware that records will be locked until the end of the transaction, meaning that access to write to these records from another transaction will fire an exception:

In Salesforce, transaction starts when a request is made from a context of execution:

This transaction consumes resources exposed to governor limits that are reset for each new transaction. Those limits are different when context is:

The context of execution also defines the available actions:

Some annotations allow us to bypass some rules:

static variables are shared across one entire transaction and reset for any new transaction. But there are some use cases where the behavior is quite different.

Triggers are fired on DML operations in Salesforce database, there are part of a transaction depending on the context of execution. There can be many triggers in a single transaction fired sequentially or in cascade. Resources will be shared between all.

static variables will also be shared between all trigger invocations within one transaction. Now suppose you are doing some bulk operations to insert/update more than 200 records. The bulk operation will generate one job that will be split in many chunks. With a bulk load of 10K records (bulk V1 and V2), there will be 50 invocations of triggers, each trigger will get a separate set of limits, but the static variables will not be reset between each execution. Try it !

Triggers are split into 2 events Before and After for each operation type (insert, update, delete, merge, upsert, undelete. You should avoid making any DML operation on other objects in BEFORE events as it purpose is mainly to validate and prepare data of the current object, and avoid making any DML operations on the current SObject in AFTER events as it will fire again trigger flow.

Batch are asynchronous process that have less restrictive limits. A batch is generally split into 3 transactions:

When scheduling or executing the batch, we are creating one instance of the batch with a scope that will determine the number of jobs to run. Each job will get a new set of limits. start method and finish method are only called once while execute method is called many times. Instance variables will be reset unless you specify Database.stateful on class level.

Platform event is a publish/subscribe feature allowing to send messages in a dedicated event object. It can be called from a transaction:

There a 2 ways to configure the publication:

Both will be proceeded in dedicated non rollbackable transaction. The first one will be fired even if the initial transaction fails while the second one will not.

Try also to not mix too much triggers, flow, process builders as it will complexify the implementation and the maintenance. The choice depends on many factors and it’s not simple to say if you goes by one or another or on hybrid path. What you should keep in mind is that it is always recommended to do implementation by point and click solution first and to consider triggers only if those solution are limited. In reality, you have to make your choice depending on the size of the project, on the complexity of implementation that you are feeling, on performance (some flow or process builder are not bulkified), on maintainability, on code sharing (simple or complex code that have to be shared in many implementation)…

The objectives of this article is to bring you some insights on transaction and context of execution, it’s not surely exhaustive but enough to make you understand the importance of this topic before starting any new design or implementation.

Hope you enjoy reading this article, see you soon for the next one ...

This site uses Akismet to reduce spam. Learn how your comment data is processed.